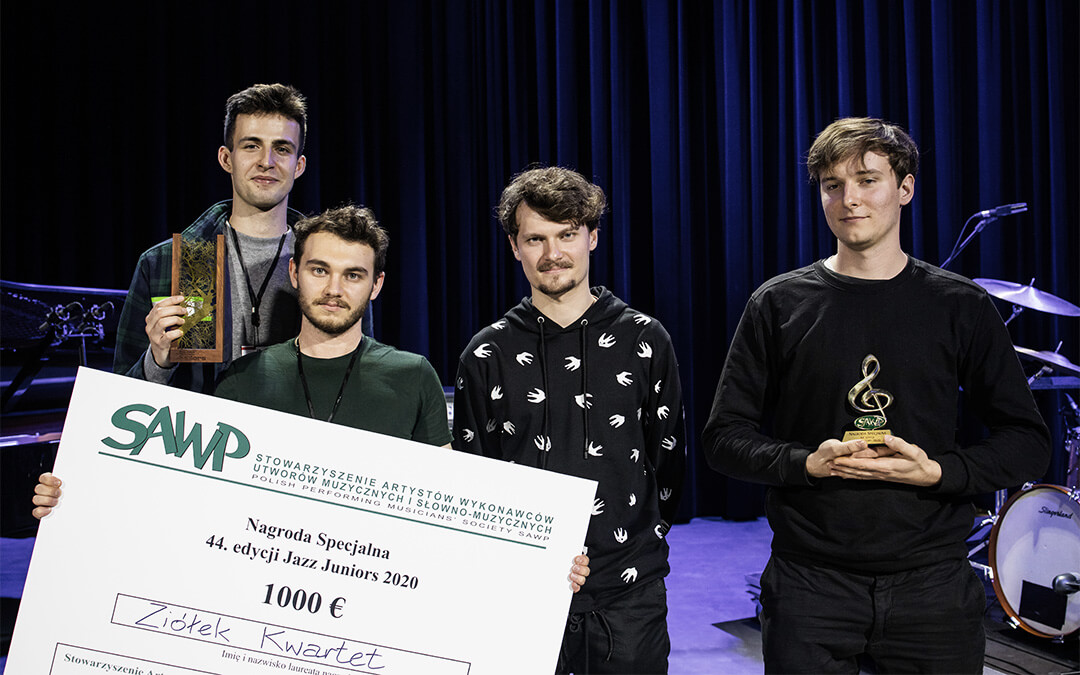 The six bands admitted to the finals of this year’s Jazz Juniors performed on 1st October in Cricoteka. They were assessed not only by the competition jury, but also by the International Partners’ Council, whose members listened to the finalists online this year. Adam Pierończyk, chair of the jury, as well as the other two jurors, Dominik Wania and Sławomir Kurkiewicz, stress that the level was extremely high this year again, and so it was minimal differences and details that decided about the choice of winners.

The jury’s final verdict is as follows:

The 2nd prize (PLN 6,000) was awarded to Kuba Banaszek Quartet, consisting of: Kuba Banaszek (piano), Marcin Konieczkowicz (sax), Tymon Trąbczyński (bass), and Maksymilian Olszewski (drums). During the auditions they played their leader’s works, as well as a piece by Cole Porter. The leader is likewise a Cracow Academy of Music graduate.

As the jurors emphasize, the level was so high that prizes and places are in fact of minor importance. What is most important is that the young musicians have done their job, followed their intuition, and boldly presented their original music.

Apart from the three main prizes, special awards have been granted as every year; eventually each of the finalists received an award. The International Partners’ Council which follows our competition has invited selected bands to take part in festivals – already for the 5th time in Jazz Juniors history:

SAWP Polish Association of Performing Artists of Music and Music with Lyrics has awarded its annual prize as in the previous years. SAWP’s Piotr Iwicki presented this award, amounting to EUR 1,000, to Grzegorz Ziółek Quartet.

The ‘Golden Double Bass’ (special award of the Andrzej Cudzich Foundation of PLN 1,000) has also been traditionally granted. It goes to the bassist who has distinguished himself at this year’s competition, Piotr Narajowski.

Two panel discussions were held at the end of Jazz Juniors day one. The first conversation was conducted by Ian Patterson of All About Jazz website with the outstanding jurors-musicians Adam Pierończyk, Dominik Wania, and Sławomir Kurkiewicz. This meeting ended with a Q&A session during with the young participants could ask the jurors questions.

The first day of the competition being now over, we’re inaugurating the concert program, to which a live audience has been admitted. At 19.30 Adam Pierończyk, our artist-in-residence, has invited Dominik Wania, Sławomir Kurkiewicz, and Dawid Fortuna to play with him on the stage. The musicians will be accompanied by DJ Eprom. 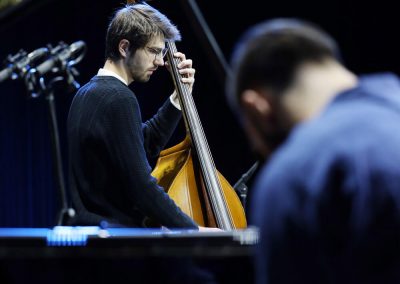 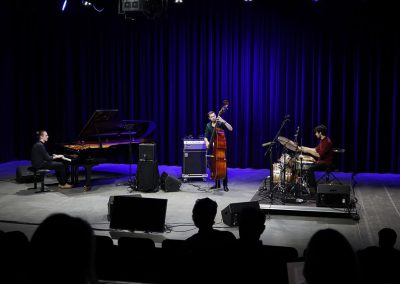 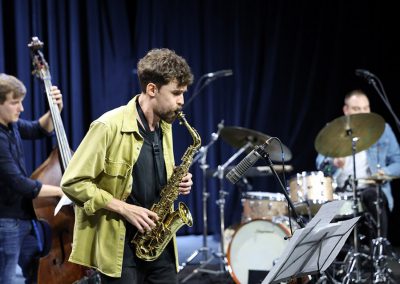 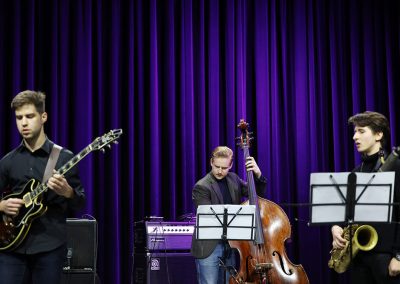 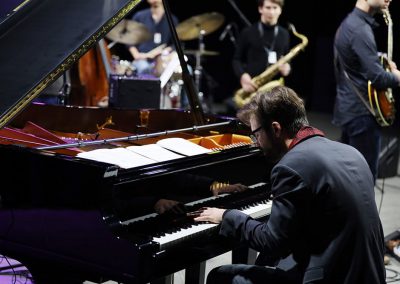 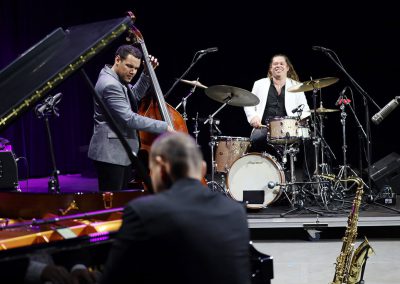 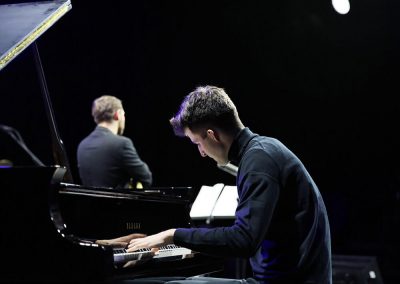 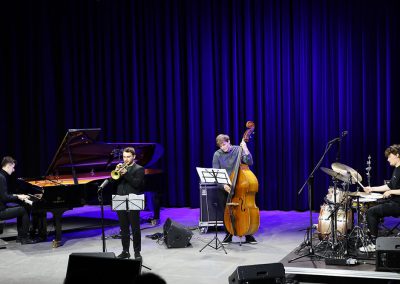 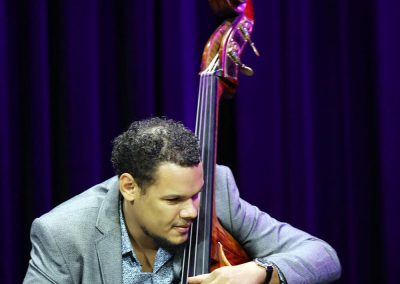 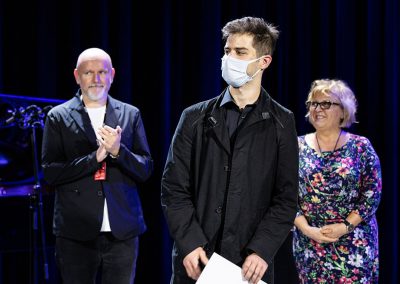 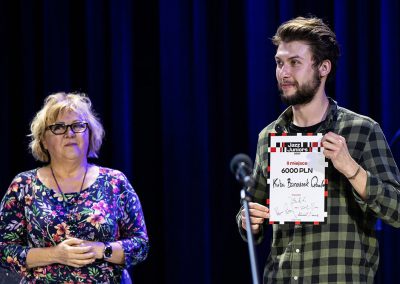 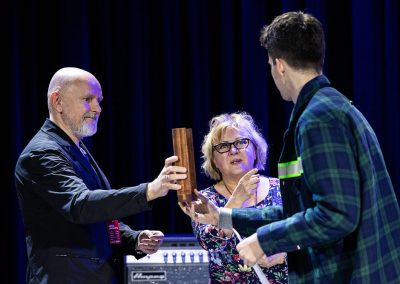 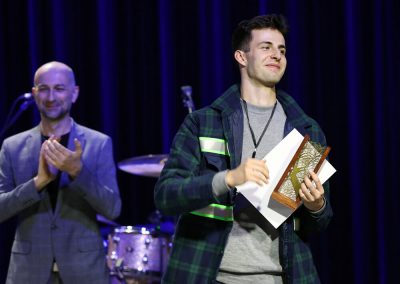