When Tradition Fuses with Modernity 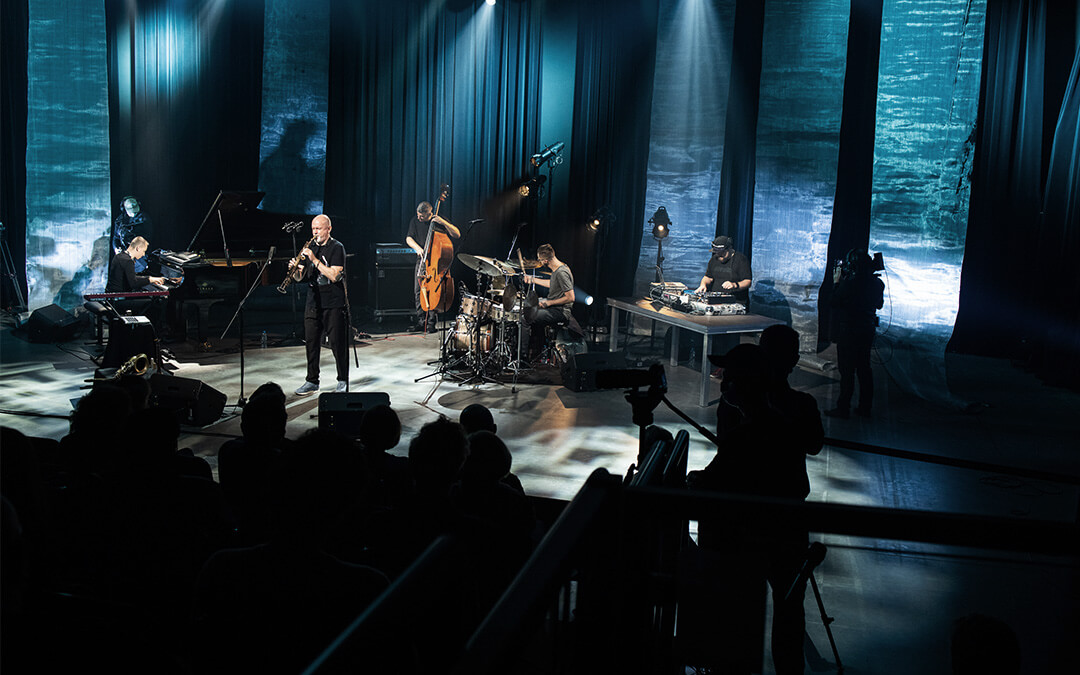 The thrill of the Competition being over, the time has come for the festival part of Jazz Juniors, which opened with our artist-in-residence Adam Pierończyk’s concert played with invited guests: Dominik Wania, Sławomir Kurkiewicz, Dawid Fortuna, and DJ Eprom. They performed music bridging tradition and modernity.

As promised by our artistic director Adam Pierończyk, Jazz Juniors first evening concert abounded in freedom and represented a creative approach to music. “It is an ideal moment to experiment,” commented Pierończyk before the Festival, and he kept his promise. The musicians who met on the stage, though strongly rooted in jazz tradition, look boldly to the future, and do not shun the experiments and challenges posed by the modern world.

Pierończyk, the Festival’s artistic director and artist-in-residence, gradually built up a dense dramatic structure, inviting successive musicians to the stage. He started with a solo display (the first of the concert’s three parts), performing with great focus a quiet and rather ascetic monologue on the soprano sax, accompanied (in spirit) by John Coltrane, whose unique photo could be seen on his shirt. Taken by his friend, the German photographer Manfred Leber, at the 1963 Newport Jazz festival, the photo has never been published so far. “In the 1960s Manfred worked as a function photographer for a large company,” Pierończyk explains. “He thus had access to the then best photographic equipment available. In the evenings he took it to jazz concerts which he attended nearly every day as a great fan of such music. He has an incredible collection of jazz musicians’ photos. Most of them have never been shown in public, since Manfred is a modest person who doesn’t seek fame,” adds the sax player. Thanks to this friendship, Pierończyk has access to many of Leber’s photos, some of which are represented on his shirts.

After a short interval, Pierończyk was joined by bassist Sławomir Kurkiewicz. The two had never played in a duo on the stage before, though they had met in larger line-ups led by Tomasz Stańko. Pierończyk claims they had interacted like a duo also in that period, but it is only now, after many years, that they presented a fascinating musical dialogue on the stage of Jazz Juniors Festival.

The tension gradually built up to reach a culmination in the last part of the concert, which featured all the musicians playing together. Following Dawid Fortuna’s rather calm percussion intro, the other artists joined in one by one, focusing strongly on the nuances of their partners’ performances. Wania played not only the piano, but also keyboards and a synthesizer, while Pierończyk made use of his saxes and electronics. Kurkiewicz and Fortuna reacted brilliantly, co-creating a colorful sound mix. Dj Eprom complemented the whole on turntables, leading the way at times. Full of dramatic tensions and turns, the performance drew a vivid response from the audience in Cricoteka. The Jazz Juniors Festival’s opening concert could be summed up as paying respect to tradition, but strongly and resolutely embracing modernity. 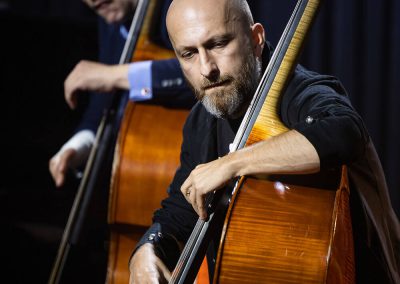 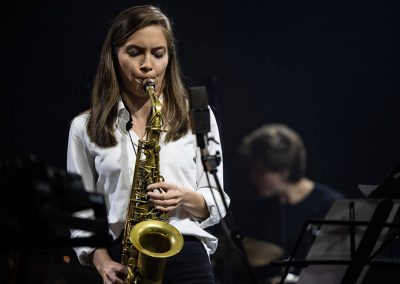 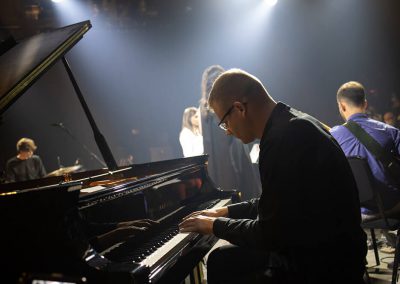 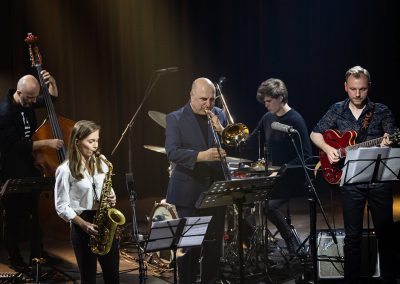 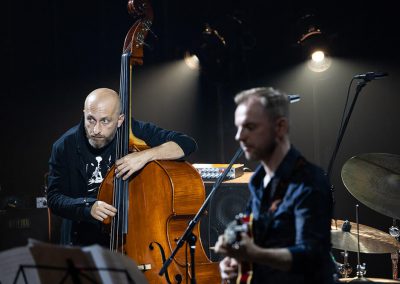 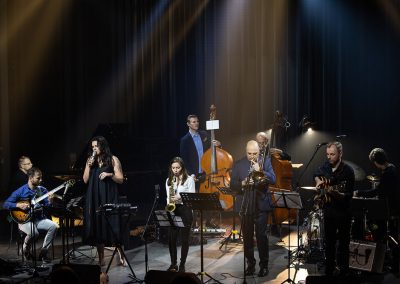 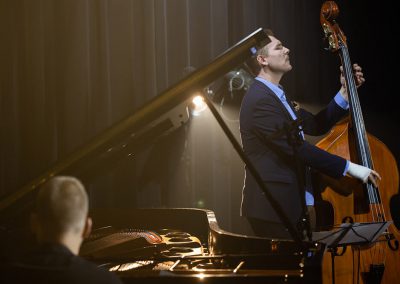 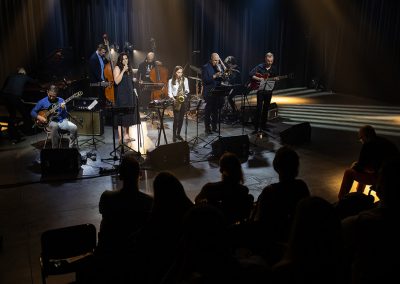